Bixorama is a Windows app for converting 360° photos

A 360° photo contains the full environment as seen from a single point: 360° horizontally and vertically. They are also called VR photos, virtual reality photos, panorama photos or panoramic photos.

Creating 360° photos used to be time-consuming involving fish eye lenses, tripods and stitching, but can now be done much easier with alternative equipment like this:

With Bixorama you can convert, modify, generate, preview and publish your 360° photos.

Import and export your 360° photos in many formats including JPG, PNG, DDS and MOV.

Convert your 360° photos with Bixorama 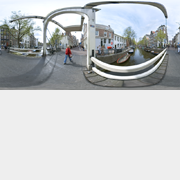 Most 360° cameras produce JPG files in this format. This projection is also called an angular map: the horizontal position is the longitude and the vertical the latitude. 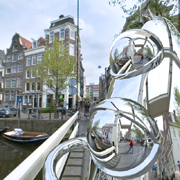 DDS is the DirectX texture format. It is used in 3D apps like BluffTitler for reflection mapping and skyboxes. DSS stores the 360° photo as 6 squares, representing the 6 faces of the cube.

QTVR used to be the most popular 360° format on the internet. Nowadays most sites use an HTML5 equirectangular player. Use Bixorama to convert QTVR to equirectangular. 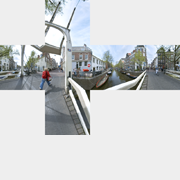 The 6 faces of the cube are laid out as a horizontal cross. 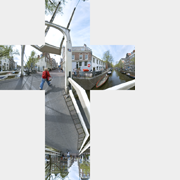 The cube faces are laid out as a vertical cross. Notice that the back face is rendered upside down. 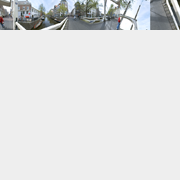 The face order is: front, right, back, left, top, bottom. 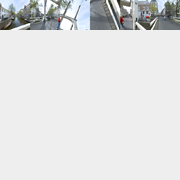 The face order is: right, left, top, bottom, front, back. This layout is used by the NVIDIA DDS Photoshop plugin 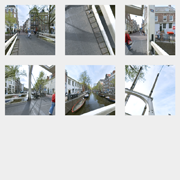 This imports and exports the 360° photo as 6 single files, representing the 6 faces of the cube. 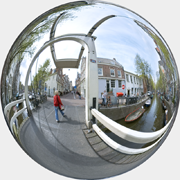 This projection is used in 3D apps for reflection mapping. 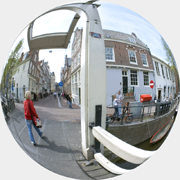 This is not a true 360° photo because it only contains half the world. When you import this format, the front is mirrored into the back. 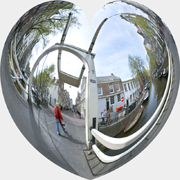 This cute looking projection is a tribute to the French mathematician Oronce Finé who wasn't afraid to work out crazy ideas. 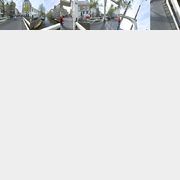 This is used by the Special/Interiormap effect of BluffTitler. The face order is: back, right, front, left, top, bottom. The 1st face, used for the windows/silhouettes, is special because it is viewed from the outside. It is mirrored horizontally for easy editing. 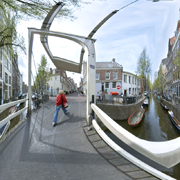 This is used by the Special/Interiormap effect of BluffTitler. The back face is not part of this composition. The front face (back wall) must be exactly 1/3 of the full texture.

Bixorama can automatically convert multiple 360° photos to the same format, or to the same resolution, by choosing FILE > Batch processing.... Unmark the Reset all modifications when loading a new 360° photo checkbox in the options dialog to apply the modifications.

Publish your 360° photos with Bixorama 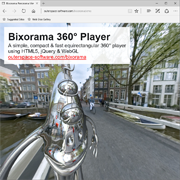 Bixorama's own player is powered by HTML5, jQuery and WebGL. It accepts equirectangular pictures and videos and works on desktops, tablets and phones. Swiping is supported on touchscreens. Device rotation and orientation tracking is supported on phones and tablets.

Bixorama can export your 360° photos in the equirectangular format. This is the format most 360° players (HTML5 and apps) can handle!

A free evaluation version is available:

Use the coupon code: FRIENDLY ALIEN

Subscribe to our newsletter and we will keep you informed!

Converting a file is as easy as choosing:

Things you can do with Bixorama