This effect makes the green parts of a picture, video or video capture layer transparent.

You can apply the effect to the active layer by pressing the CHANGE EFFECT... button on the toolbar.

Use the FX properties to fine-tune the effect.

With the FX SPILLAGE SUPPRESSION property you can remove the green fringes around the edges of the model. Other parts of the model that reflect the green are also removed by this effect.

Will a BlueScreen FX be forthcoming? ;-)

thanks Michiel.
but I have a question
that the difference between this and the chromakey fx?

I just try it.
and accurate is better.
thanks

i have a very basic question, but i found no answer. i just installed the effect "greenbox". really good stuff.

but, how can i use, add more than one effect to a videolayer. i search for the possibility, to change the brightness of a video. is this possible? or
is it basicly possible to use more than one effect on a layer? hope you understand what i mean.
thank you for your support.

You can change the brightness of the video layer by using the COLOUR property. Hold down the <CONTROL> key when moving the 1st slider to move all 3 sliders at the same time.

Graphics cards can only use a single effect per mesh.

How would I be able to acquire the Green Screen FX spillage suppression aspect? Would I need the new Blufftitler program to utilize it? Thanks....

Michiel, thanks for you very prompt reply, but I downloaded this, and the file will not open...

I have tried to open the fx file with the Blufftitler program....and Blufftitler opens, but when I go to the fx folders, it is not in there...

When you press the CHANGE EFFECT... button a standard Windows file dialog is presented that allows you to select any file from any location on any drive.

If you want you can copy this FX file to the BluffTitler / Media / Effects folder, but this is not necessary. I personally like to keep gallery FXs in a separate folder.

Is it possible to adapt this to other background colours?

If the picture is static I advise you to use Photoshop or another paint application to turn it into a transparent picture. BluffTitler can import transparent PNG, BMP and TGA files.

Only for videos and realtime video captures (like webcams) using an effect like this GreenScreen.FX makes sense. If you want I can make a bluescreen or a redscreen variant for you, but grey is a bad choice for the colour key.

Other options than green would be fantastic.

As you say, for static images, they could be converted to a transparent backround using Photoshop.

But, maybe if I explain a little more why I asked the question, you might be able to make a better suggestion.

I was thinking of situation where you have a video of someone talking to the camera ( head and shoulders) and want to overlay it onto a background.

The video background might not be a green screen - it could potentially be a plain background of any colour - maybe just shot against a plain wall behind the speaker.

Maybe you want to drop them talking into a BixPack Studio.

Is there any easy way to handle that?

Keying on grey is not recommended. Believe me, green works best. But if you insist, here's a general chroma key effect that can key on any colour:

Thanks for thrying to help and for the link. I'll go check it now.

I understand what you say about green, and it's fine to use a green screen background if you have production control of the shooting location ... but ... if a friend wants to just shoot some video of himself ... he's just average Jo Public who doesn't have access to green screen backdrops ... so you just have to make do with whatever colour wall is behind him.

This is amazing everything works so well and its easy. I worked with 3d max and After effects and this is so much more cost effective.

I have copied the GreenScree.fx and Chromkey.fx file in the effect folder under media file. But when I browse from BT windows I can't find them there.

Please advise me any help on it.

Dear Rahul,
1. simply press F9 there you will select the "select effect" then a dialog box will appear
that is Effects folder of bt... there you select picture folder there you will find both GreenScreen.cfx or Chromakey.cfx ... you can apply them in your desired pic or video.
C:\Outerspace Software\BluffTitler\Media\Effects\Picture..
you are saying "GreenScreen.fx or Chromakey.fx but they are old effects they are now .cfx not .fx .
Note: kindly check your bt version.... you can download latest version from the below link .. current version is BluffTitler 13.4.
or
simply check this show for Green screen show... this comes with installer shows...
c:\Outerspace Software\BluffTitler\Media\Shows\Picture\_PictureLesson6.bt


you can download latest version from the link .. current version is BluffTitler 13.4

Hello Dani
Thanks for your suggestions. I have been through this lesson that you mentioned, which just work like bullet. Can you suggest me if we can use the effect in the video capture effect, while capturing video with a green background? Please use the following two options in your computer and let me know the result. This might give you a sense of the problem I am facing.

I have attached a sample video file that I have tried, you can use this one if you want.

Rahul, Where did you attached the file... our community friends also help you... 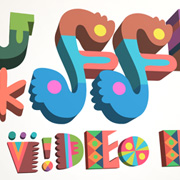 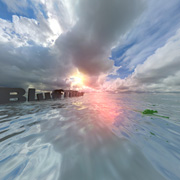 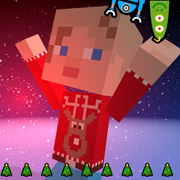 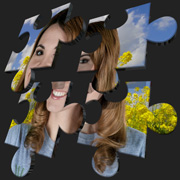 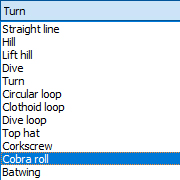 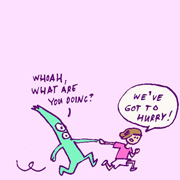 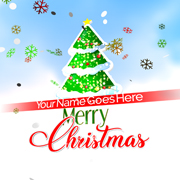 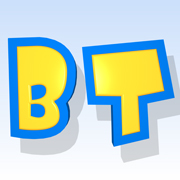 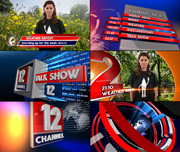