Here is a simple animation with an opening door.

Hi Ulli,
thanks for the great anim. I love the doors!
Keep it up,
Taco

I really like the trick you used to make the doors rotate around their sides, instead of around their centres.

Sure, this is a good innovative thinking.

I tried using your BT Show "Door" for an simple INTO for my son's recent piano recital. I added the text "Music In Action" and having the camera zooming on it as the doors are opening. I then added the VJ Dancing FX and also an audio layer with piano music for the text to 'dance' to. I also added some Sparkles1.

Now, it all looks fine when I'm working on it in BT but when I render it to a movie the text appears on top of the doors, the sparkles turn into splotches and the file grows to 12 GB ! I even went back and tried to move the text and door layers forward and backward to see if them would cure the problem but it doesn't.

I would post the BT show here but am not familiar as how to do it. The only way I can see is to actually render it to a movie, post it on YouTube and then post the link here but then I don't think that would let you see how it is as a BT show file.

Any suggestions for curing my text on top of the door issue?

Maybe you have exported with transparency info.

I advise you to export without transparency. You can set this in the FILE > EXPORT AS VIDEO... dialog.

That worked Michiel.
Happy Happy Happy :-)
Thank you again for your help.
In addition I have a request.
Maybe in a future update how about adding particles that look like musical notes. That would be neat to use in intros for some musical videos

To create particles that look like musical notes perform the following steps:
1) create a new particle layer
2) choose MEDIA > CHANGE TEXTURE
3) click on the SELECT TEXTURE... button and select a picture of a musical note

Michiel
I found several images of musical notes and brought one in as a new texture but they show up as black notes in a white square. I then went back and saved them as a .png file but am having the same results. With the black background I'm using I need to get rid of the white background in the music note image and change the note color to white but I don't know how to easily do that. Is there an easy way to do this. I'm using Corel Draw and haven't figured out how to separate the note from the background so I can change the colors.

Well, it took a few days but I finally discovered what I was doing wrong. I was trying to add the musical notes as a 2nd texture instead of replacing the original particle with the jpg image. When I replaced the original texture the notes showed up all by themselves but when I added them as the 2nd texture they showed up with their background attached so I had the notes with a square background. The other thing I don't understand is how large the file ended up being ( (gb ). It took me 11 hours to upload it to YouTube. I pasted in the YouTube link so I hope it'll show up.

OK another update. I saved it in 'compressed' version and now it's back down to a reasonable 130MB in size :-)

Using 2 or more textures is called multitexturing. This is an advanced feature: 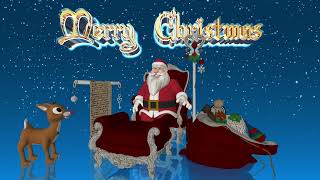 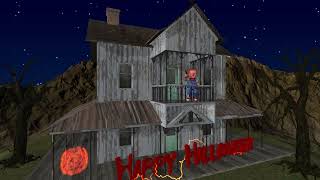 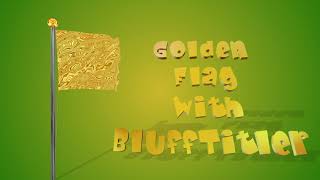 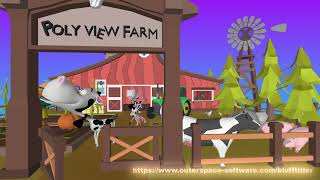 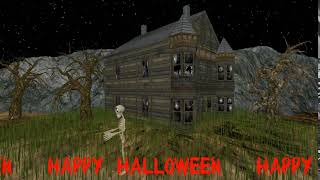 View all articles by Ulli