Vincent instigates and Michiel follows right along by updating Bixangelo to create interior maps! As if I don't have enough to do, I have to start playing with yet another new feature! But seriously, a big Thank You to the both of you.

So here's my experiment video, and a few quickie square interior maps to play with in this link:

While this update is really great, I would only ask Michiel if it would be possible to add two features to Bixangelo. Click and drag or axis sliders to turn the image, and possibly a zoom. I think that would add speed and better image control.

Very good show, and thanks for sharing.

And great suggestions that would make it easier to turn a equirectangular (360) photo into a interiormap.

May I ask where you found the images?

Take a look at the MODIFY menus of Bixorama for the keyboard shortcuts for rotating your 360° photo.

Zooming makes only sense in PREVIEW mode (<F11>) and can be done with + and - on the numeric pad: 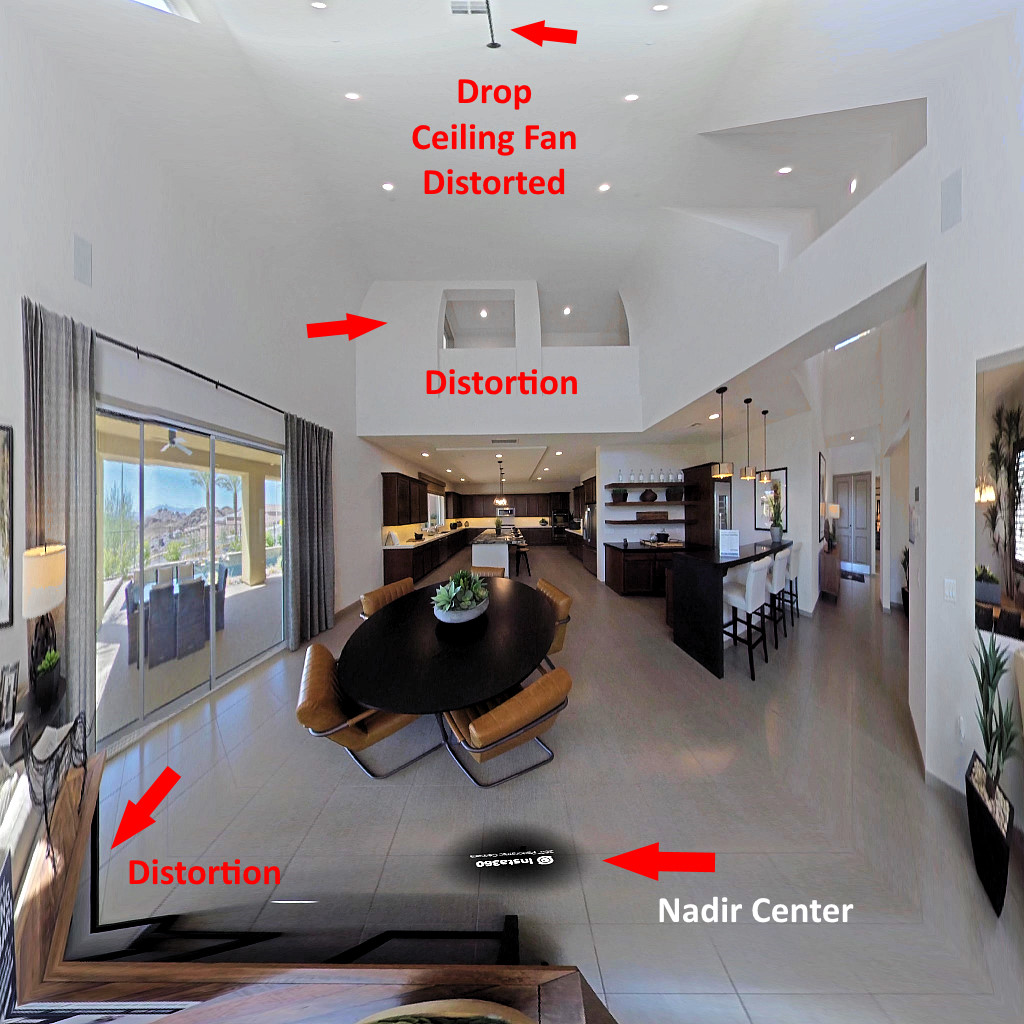 Vincent, glad to add a small contribution to the community. Again, thank you for all that you share.

Filip and Jesus, thank you and hope it gives you something to experiment with.

Komies, the images are my own, shot with an Insta360 ONE X. Most were extracted from 360 HDR videos using the equilateral frame snapshot from my NLE. As a real estate broker / salesperson I do video tours of communities and homes and also have offered home previews for out of town clients. While I've used glidecam in the past, I recently started with 360 video displayed in 2D, so that I control the view rotation instead of the viewer having to drag around the video. It works well, especially with some homes having 20 foot+ ceilings with second floor balconies or bridges, which can be rather difficult to shoot with a glidecam.

I should also mention that I appreciate your many contributions to the community.

Michiel, yes I did use the modify shortcuts, but they seem to move slowly in steps. It takes a while to turn a full 180, where being able to simply drag the view around would be much faster, especially when doing multiple images. Typically the 360 cameras need to have a stitch line facing the greatest light source to equal the exposure between the lenses, so having to turn an image is somewhat expected.

I also should have given a better explanation of the zoom. In the example I just posted you see how an image actually came out of Bixorama. The view extends beyond the nadir, or center point of the stitch lines of the sphered image. Unfortunately this causes distortion, and also would make a nadir image, tripod, or a hand and arm holding a selfie stick, visible in the image. I was able to use this same picture that was included in the zip file, but I had to crop it in a photo editor. Still, some distortion remained. Some of the others were weren't quite as bad or needed less cropping, but if you look closely you'll still see the nadir in some of them.

SparkyVegas, hold down the <Control> key to decrease and the <Shift> key to increase the rotation step.

The interiormap effect remains a hack: it reduces all 3D detail into a few flat squares. This can't be done without distortion. To do it correctly you would need a separate 360° photo for every position, which is of course practically impossible. 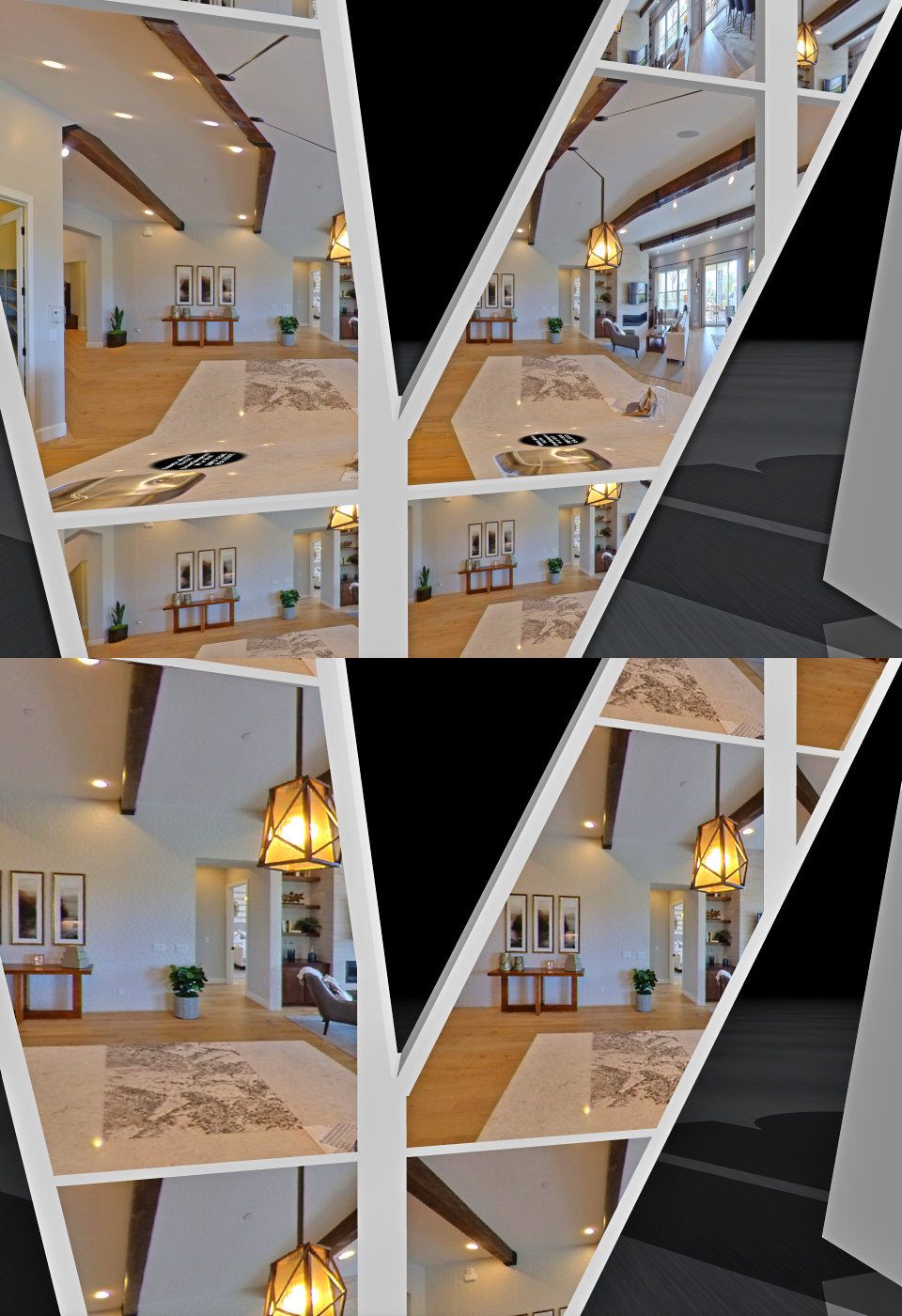 Michiel, the shift key does work much better, but you also solved my zoom request. It's just isn't in Bixangelo, but in Blufftitler interiormap effect. As you can see in this image on the top, the ceiling beams, drop lights, and granite counter top are very distorted, as the image begins behind the nadir point. They bend to both sides as the camera moves. But when I reduced the room depth setting in Bluff it zooms in, as you can see in the lower image that is past the front side of the nadir, and the extreme distortion disappears.

Normally when shooting a room I would be as close to center as possible to minimize distortion in a 360 photo or video. To capture more of a room for use in Bixangelo, it appears that it would be best to take the image from farther back from the desired side of the room. Also a deep, but somewhat narrow room apparently would work best. If needing to reduce depth you won't lose as much of the view.

A 360° photo offers perfect view from a single position. You can *ROTATE* the camera and it always looks perfect!

But you can't *MOVE* the camera. This requires info that is not stored in the 360° photo. As a result distortion happens.

To put it in another way: it would be magical if you could replace a 3D model of a fully furnished room by 6 textured squares.

Thank you for sharing your skills. I need to learn more about this effect.

View all articles by SparkyVegas